My latest novel based on my Father's war time career flying fighters in the Mediterranean in 1942. 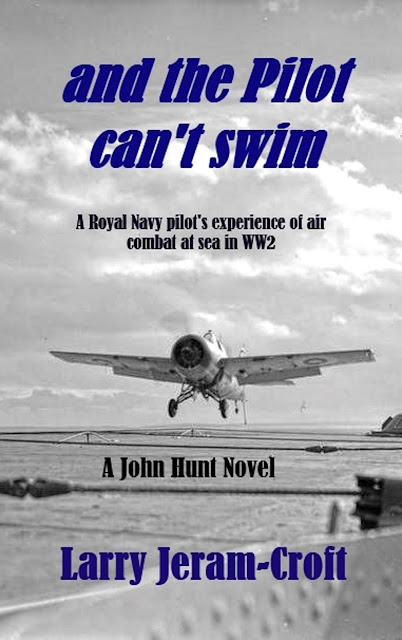 The Battle of Britain is over but the war has only just started.
Sub Lieutenant Hunt has returned to the Fleet Air Arm. After learning to to fly the new naval Martlet fighter, he helps pass on some of his combat experience at the new Air Station at Yeovilton before going to sea in HMS Audacious one of two merchantmen converted to small aircraft carriers to protect convoys. Meanwhile, his Fiancé Heather is flying regularly for the Air Transport Auxiliary but is also drawn into the world of the Secret Intelligence Service.
John is then re- appointed to 863 Squadron flying Martlets off the new carrier HMS Invincible. They are bound for the Eastern Mediterranean. On the way they help resupply Malta with Spitfires, then escort their own convoys to the island from Alexandria.
The French Vichy regime hold three countries, Algeria, Tunisia and Morocco. With America now in the war, an operation is planned to invade these countries and hopefully help turn the tide of the conflict.
Operation Torch was the first Allied amphibious operation of the war. It doesn’t get many headlines because its aims were met and little fighting actually took place. What it did do along with victory over Rommel at El Alamein was change balance of power in the Mediterranean and pave the way for further landings in Sicily and Italy.
John and his squadron are in the thick of it and in trying to ensure that the most effective shore defences do not get involved John takes an enormous risk.
Available as Kindle here )Paperback and hardback in a few days):
https://amazon.co.uk/dp/B09MB767VF